A Highly-Accurate and Broadband Terahertz Counter Eyes "Beyond 5G / 6G"

The National Institute of Information and Communications Technology (NICT, President: TOKUDA Hideyuki, Ph.D.) has developed a broadband and high-precision terahertz (THz) frequency counter based on a semiconductor-superlattice harmonic mixer. It showed a measurement uncertainty of less than 1 x 10-16 from 0.12 THz to 2.8 THz. This compact and easy-to-handle THz counter operating at room temperature suits for various THz applications supported by the next-generation ICT infrastructure, “Beyond 5G / 6G”.
This achievement was published in Metrologia as an open-access paper on July 19, 2021.

Figure1 THz counter developed at NICT
A highly-accurate and wide-measurable band THz frequency counter will become a key metrological instrument for allocation of THz spectrum among huge range of users on the next-generation information and communications infrastructure, or Beyond 5G / 6G. It is also indispensable to high-resolution spectroscopy of ultracold molecules. NICT developed the counter by generating a THz frequency comb from a semiconductor-superlattice harmonic mixer, which is simple, easy to use and operational at room temperature. Consequently, more compact and easy-to-handle counter than previously reported ones requiring an ultrashort pulse laser or a bulky cryogenic refrigerator. To evaluate the precision of the system over a four-octave range from 0.12 THz to 2.8 THz, NICT set up test benches designed carefully to push down the measurement limit. This revealed a measurement uncertainty of less than 1 x 10-16, which corresponds to the frequency determination capability for a 1 THz microwave signal with an accuracy of 100 μHz, for instance. We believe that the THz counter developed has the world’s top performance from the viewpoint of the measurable range and precision.

NICT endeavors to lead the R&D on the Beyond 5G / 6G as well as the cutting-edge THz technology. A high-precision and broadband THz frequency counter with compactness and easy operability could become a vital metrological tool to accelerate the exploitation of THz frequency domain. Such THz counter developed here will be used for projected extension of the NICT’s calibration service currently supporting only microwave atomic clocks. Using the counter, we will also pursue the verification of the fundamental physics by means of an ultra-accurate THz frequency standard based on ultracold molecules, or a THz molecular clock. 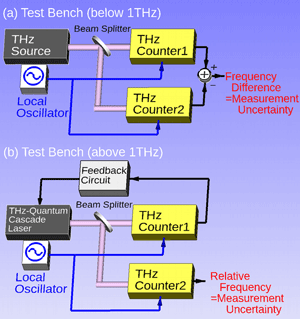 Figure 3 Measurement precision and instability of THz counter developed at NICT
The frequency of a THz source must be down-converted to accessible radio frequency by mixing with a THz frequency reference, since modern electronics is not fast yet to directly count the THz frequency (more than a hundred billion cycle per second). A set of regularly-spaced and spectrally broadening THz frequency references, or a THz frequency comb, suits for the beat-down method against an arbitrary frequency from various THz sources. A semiconductor-superlattice harmonic mixer (SLHM) could be superior to other semiconductor-based devices or nonlinear optical crystals for creating the THz comb in terms of compact application and usability. Nevertheless, the thorough performance test of a frequency counter based on the SLHM has not been carried out to the best of our knowledge.
A semiconductor-superlattice electron device with the nonlinear negative differential resistance, which was proposed by Nobel prize winner Esaki and Tsu in the early 1970s, serves as a frequency mixer for an input THz wave and harmonics of a microwave local oscillator, that lie on the THz band and form a comb structure. This SLHM is simple and operational at room temperature, which facilitate the practical applications. Thanks to the SLHM, NICT developed a new THz frequency counter, making the footprint shrinkage by 97% and no ultrashort-pulse-laser expertise.
The measurement precision of the THz counter developed was tested by two methods: comparison of two THz frequencies determined using two identical counters (Figure 2 (a)) and direct measurement of a known frequency from a THz-quantum cascade laser (QCL) highly-stabilized to the THz comb by a single counter (Figure 2 (b)). The former is likely suitable for less than 1 THz, where THz sources with the low phase noise become available. Whereas the latter allows the test at typically above 1 THz, where powerful THz-QCLs exist with the established phase stabilization technology. Using these complementary methods, we successfully revealed a measurement uncertainty of 9.6 x 10-17 (Figure 3 (a)) and a instability of less than 3.7 x 10-13 at 1 s averaging time (Figure 3 (b)) over a four-octave range from 0.1 THz to 2.8 THz. Besides, detailed research study regarding the THz-comb generation in the SLHM indicated the potential measurable frequency up to 3.7 THz.
The high-precision and wide-measurable band THz counter could become an essential metrological tool for high-speed wireless communications on the Beyond 5G / 6G, sensing and imaging, biology and medicine, and radio astronomy etc. Among them, an ultra-accurate THz frequency standard referencing ultracold molecules, or a THz molecular clock, needs the counter in order to determine the absolute frequency with more than 10-15 precision as well as compare the THz molecular clock with an optical atomic one for searching time variations of fundamental physics constant.

Quantum nanostructure built by alternately accumulating two different semiconductor-crystal layers with the nanometers thickness, or multiple quantum well structure. The semiconductor-superlattice electron devices have an artificially designed property never possessed by natural materials, and therefore the R&D regarding the semiconductor superlattice is the frontier of the solid state physics.
Back to contents

Next-generation information and communications infrastructure following the present 5th generation mobile communication system. The Beyond 5G / 6G plan to exploit the THz frequency domain, being attracted to its wideband spectrum. One of the remarkable features of the Beyond 5G/6G could be the highly unification between real world and virtual space to extend our knowledge and physical limitations, which has never been experienced.
Back to contents

A set of equality-spaced electromagnetic-wave modes existing on the THz frequency domain. By stabilizing the mode frequencies to the microwave frequency standard defining the SI second, the THz comb serves as a precise reference to down-convert arbitrary THz frequencies generated from various oscillators into the directly countable radio frequencies. Thus, a THz frequency counter is built by using the THz comb. Similarly, laser frequencies can be measured by an optical frequency comb emitted from an ultra-short pulse laser.
Back to contents
NICT’s calibration service
NICT is a designated institute providing Japan Standard Time and offers the calibration service for microwave atomic clocks using the accurate time scale.
Calibration service web site: https://cal.nict.go.jp/
Back to contents
THz molecular clock
A kind of THz frequency standard, which is a continuous-wave THz oscillator whose emitted radiation is stabilized to the quantum transition frequencies of atoms or molecules in the THz band. A THz molecular clock is defined here as an ultra-accurate THz standard with an attainable uncertainty of less than 10-15 level, referencing the rotational or vibrational transition frequency in ultracold molecules. By comparing with optical atomic clocks referencing the electron transition frequency, the THz clock can become a probe to detect the times variations of the electron-to-proton mass ratio because of the high sensitivity to the nuclear mass.
Back to contents