The National Institute of Information and Communications Technology (NICT, President: TOKUDA Hideyuki, Ph.D.), Sumitomo Osaka Cement Co., Ltd. (President: MOROHASHI Hirotsune), and Waseda University (President: TANAKA Aiji) jointly developed the first transparent fiber-millimeter-wave-fiber system in the 100-GHz band using a low-loss broadband optical modulator with direct photonic down-conversion. The developed broadband modulator and photonic down-conversion technology were utilized to successfully demonstrate a high-speed transmission of more than 70 Gbit/s over a wired and wireless converged system consisting of two optical fiber links and a 20 m radio link at 101 GHz.
The utilization of a low-loss broadband optical modulator for the direct conversion of a millimeter-wave signal to an optical signal significantly simplified the millimeter-wave radio receiver because it included only a radio front end and an optical modulator. In addition, by adopting direct photonic down-conversion technology for simultaneous detection and down-conversion of the signal to the microwave band, the fiber-radio receiver and the subsequent digital signal processing could be considerably simplified, thus rendering the proposed system a promising solution for high-capacity, low-latency, and low-power consumption fiber-wireless transmission in 5G and beyond networks.
The results of this demonstration were published as a post-deadline paper presentation at the 2021 International Conference on Optical Fiber Communications (OFC 2021).

Fiber-wireless systems in high-frequency bands are a promising technology for inter-building connections, disaster recovery, and mobile transport networks, especially in 5G and beyond era. To date, most systems rely on the use of electronics-based receivers for radio-to-optical conversion, which generally feature less bandwidth and complicated antenna sites. Achieving fully transparent radio-optical conversion using photonic solutions is promising for increasing the transmission capacity and simplifying the antenna sites. However, the frequency of radio links in the previous systems that utilized the photonic conversion method was limited to below 90 GHz owing to the limited bandwidth of optical modulators. Recently, a plasmonic modulator was employed to realize a transparent bridge system in high-frequency bands. Generally, plasmonic modulators exhibit high insertion loss, which requires the use of optical amplifiers. However, this increases the optical noise, system cost, and the antenna site complexity.
On the other hand, most of the previous systems utilized coherent detection by using free-running lasers for signal detection at the fiber-radio receiver, which significantly increased the system complexity, frequency offset, and phase noise of the detected signal, thus requiring complicated digital signal processing algorithms for signal recovery. Therefore, employing a direct photonic down-conversion technology to simultaneously detect and down-convert the signal to the microwave band using a coherent two-tone optical signal generation is promising for simplifying the system and reducing the cost and power consumption. 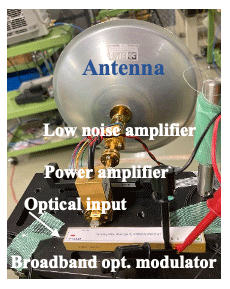 Fig. 2 Photo image of millimeter-wave radio receiver
In this work, we demonstrated the first transparent fiber-millimeter-wave-fiber system in the 100-GHz band (see Fig. 1) using two key element technologies: (i) a low-loss broadband optical modulator, and (ii) direct photonic down-conversion. For direct conversion of a millimeter-wave signal to an optical signal, we fabricated and employed a broadband modulator for operation up to 110 GHz. This was achieved by performing Ti diffusion on the x-cut lithium niobate (LiNbO3, thickness ≤ 100µm) in the low dielectric constant layer. In addition, we employed a photonic down-conversion method based on a coherent two-tone optical signal generation technology to simultaneously detect and down-convert the signal to the microwave band. This significantly simplified the system and reduced the frequency offset and phase noise, as compared to systems utilizing coherent detection. Using the technologies developed in this study, we successfully transmitted 64-quadrature amplitude modulation (QAM) orthogonal frequency division multiplexing (OFDM) signal with a line rate of 71.4 Gbit/s over a system consisting of two fiber links and a 20 m radio link at 101 GHz.
The system consists of the following key element technologies:
- A broadband optical modulator with a low half-wave voltage and low loss in the high-frequency band for direct conversion of millimeter-wave signals to optical signals.
- Direct photonic detection and down-conversion of signals to the microwave band utilizing coherent two-tone optical signal generation based on optical modulation technology.
- High-spectral efficiency 64-QAM OFDM signal transmission.
The optical carrier for data modulation at the antenna site was remotely generated and distributed from the fiber-radio receiver, which significantly simplified the antenna site and eased its operation and management. In addition, owing to the use of direct photonic down-conversion and detection technology at the fiber-radio receiver, the frequency offset and phase noise of the detected signal could be largely suppressed. This considerably reduced the receiver complexity and the subsequent digital signal processing. The proposed system is promising for high-speed, low-latency, and low-power-consumption communication links in 5G and beyond networks.

In the future, we will further study the millimeter-wave-to-optical conversion device and fiber wireless technology that were developed in this study to further increase the radio frequency and transmission capacity. In addition, we will promote international standardization activities and social implementation activities related to fiber wireless communication systems.
The paper containing the results of this demonstration was published at the 2021 International Conference on Optical Fiber Communication (OFC 2021, June 6 (Sun.) to June 11 (Fri.)), one of the largest international conferences in the field of optical fiber communications. It was highly evaluated and was presented in the Post Deadline session, which is known to release the latest important research achievements, on June 11 (Fri) 2021 local time.

Towards Uninterrupted Communication for Users Moving at 500 km Per Hour:

1. Configuration of the proposed system

Fig. 5 (a) Performance of 64-QAM OFDM signal; (b) example of the received signal constellation
In the demonstration, an OFDM signal at 10 GHz was generated and transmitted over the system. The performance measured in terms of the error vector magnitude (EVM) for the 64-QAM OFDM signal is plotted in Fig. 5(a) for different signal bandwidths. Considering a forward error correction overhead of 20 %, which requires an EVM value of 11.2 %, a satisfactory transmission performance was experimentally confirmed for the OFDM signal with a bandwidth of 14 GHz or smaller. This confirmed that a line rate of 71.4 Gbit/s could be attained when transmitting a 14-GHz bandwidth signal that consisted of 4096 subcarriers, of which, 15 % were inactive at the band edges. The superior performance of the system using a 20 m radio link could be attributed to the better power adjustment of the fiber-radio transmitter. An example of the received signal constellation is shown in Fig. 5 (b).

It is a technology used for detecting and down-converting a millimeter-wave signal to a microwave band signal using optical signals from the same light source. In this technology, a two-tone optical signal consisting of the two optical sidebands with a frequency separation that is approximately equal to the frequency of the millimeter-wave signal is generated from a single light source. One of the sidebands is modulated by the millimeter-wave signal, and an optical double-sideband carrier-suppressed signal is generated. One of the modulated sidebands is selected using optical filtering. Finally, the modulated and unmodulated sidebands are combined and input to a low-speed photodetector to be converted to an electrical signal in the microwave band.
Back to contents

This technology generates two coherent optical signals from the same light source using optical modulation technology. In particular, an optical signal consisting of odd or even order harmonic sidebands is generated by applying a clock signal to an optical modulator and controlling the bias voltage.
Back to contents
Broadband optical LiNbO3 modulator
A broadband Mach-Zehnder modulator (MZM) can be fabricated using a thin substrate. In this work, we fabricated a broadband MZM, in which Mach-Zehnder interferometer waveguides were fabricated by Ti diffusion on the x-cut lithium niobate (LiNbO3, thickness ≤ 100µm) in the low dielectric constant layer. This was done to achieve ripple-free operation and maximized electro-optic responsivity up to 110 GHz. By thinning the substrate, as shown in Figs. 3(a) and (b), the frequency ripple due to mode coupling between the coplanar guided mode and substrate mode can be suppressed. The electrodes were also optimized to reduce electrical propagation loss to attain high sensitivity. The optical insertion loss, including fiber pigtails, is approximately 4.6 dB at 1550 nm. The half-wave voltage at 100 GHz is approximately 6.7 V, demonstrating a sufficiently low value for high-sensitivity conversion of a millimeter-wave signal to an optical signal at the antenna site.

OFDM is a digital multi-carrier modulation scheme that uses multiple subcarriers within the same single channel. Instead of transmitting a high-rate data stream using a single subcarrier, OFDM uses a large number of closely spaced orthogonal subcarriers that are transmitted in parallel. In this work, subcarriers are modulated with 64 QAM symbols, each of which consists of six input data bits.
Back to contents