The National Institute of Information and Communications Technology (NICT, President: TOKUDA Hideyuki, Ph.D.), Keio University (President: ITOH Kohei, Ph.D.), Tokyo University of Science (President: Dr. ISHIKAWA Masatoshi), The University of Tokyo (President: Dr. FUJII Teruo), succeeded for the first time in developing a method for systematically finding the optimal quantum operation sequence for a quantum computer.
In order for a quantum computer to perform a task, we need to write a sequence of quantum operations. Until now, computer operators have written their own quantum operation sequences based on existing methods (recipes). What we have developed this time is a systematic method that applies optimal control theory (GRAPE algorithm) to identify the theoretically optimal sequence from among all conceivable quantum operation sequences.
This method is expected to become a useful tool for medium-scale quantum computers and is expected to contribute to improving the performance of quantum computers and reducing environmental impact in the near future.
This result was published in the American scientific journal "Physical Review A" on August 23, 2022.

The six horizontal blue lines represent six qubits, with the input on the left and the output on the right. Operations are executed from left to right. Each red square represents a 1-qubit operation, and each green vertical line connecting two blue lines represents a 2-qubit operation. The optimal quantum operation sequence is realized with the fewest operations.
Quantum computers, which are currently under development, are expected to have a major impact on society. Their benefits include reducing the environmental burden by reducing energy consumption, finding new chemical substances for medical use, accelerating the search for materials for a cleaner environment, etc.
One of the big problems for quantum computers is that the quantum state is very sensitive to noise, so it is difficult to maintain it stably for a long time (maintaining a coherent quantum state). In order to obtain the best performance, it is necessary to complete the operations within the time that the coherent quantum state is maintained. There was a need for a method to systematically identify the optimal sequences. 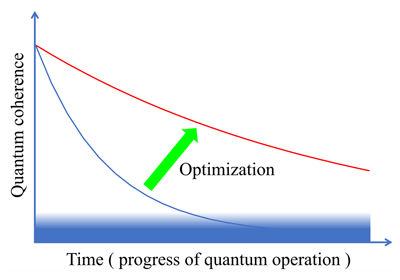 Figure 3 Improving quantum computer performance (conceptual diagram)
Quantum computer coherence declines over time. If the coherence gets too low, the information in the quantum computer becomes meaningless. By optimizing the operation of quantum computers, more information can be processed before quantum coherence falls below the utility threshold.
The systematic method to find the optimal quantum operation sequence for quantum computers is expected to become a useful tool for medium-scale quantum computers. In the near future, it is expected to improve the performance of quantum computers (see Figure 3) and contribute to reducing the burden on the environment.
We also found that there are many optimal sequences of quantum operations that are excellent (see Appendix for details). This means that a probabilistic approach could extend the applicability of this new method to larger tasks. Approaches based on analyzing large datasets suggest the possibility of integrating machine learning with our new method to further enhance the predictive power. In the future, the research team will apply the results obtained this time to the optimization of tasks obtained from actual quantum algorithms.

Role of each organization

Details of this achievement

Another result obtained in this work is that high efficiencies may be achieved using short sequences of quantum operations that were believed to be too short to complete the desired task. (See the ● near (N=5, F=1) in Figure 4). From a practical application point of view, it may be desirable to use such a short sequence of quantum operations given all other noise and imperfections of the device (see Figure 5).

Figure 5 Comparing quantum operation sequences performing the same quantum task in information-loss environments
Information is slowly lost due to noise and imperfections in quantum computers. Long sequences of quantum operations can render the computation useless because the original information is lost before the computation is completed. In this case, optimizing the operation can make a dramatic difference in a computer's ability to successfully complete a computation. The difference between non-optimized and optimized sequences increases as the computer size increases. As a result, optimizing the sequence of quantum operations can improve the efficiency of quantum computers by orders of magnitude. Red squares and green lines represent 1-qubit operations and 2-qubit operations, respectively, as in Figure 1. The lightning bolt symbol indicates noise that causes information loss.

A computer that makes use of quantum superposition, entanglement, and other natural abilities that conventional classical computers have not been able to use, and that can perform calculations orders of magnitude faster using completely new methods. In 2019, Professor John Martinis (then at Google) and his team demonstrated quantum supremacy (that quantum computers can solve problems that no classical computer can solve in a practical amount of time) using a 53-qubit superconducting quantum processor.
Recently, a few research teams around the world built quantum computers containing tens of qubits. Currently, IBM's Eagle processor is the largest quantum computer with 127 qubits. Processors of this size (tens or few hundreds of qubits) are called medium-scale quantum computers.
Back to contents

The abbreviation of GRadient Ascent Pulse Engineering. A numerical algorithm that uses the principles of optimal control theory to find the optimal pulse to control a quantum system in a specified way.
Back to contents

A simple operation performed on one or two bits of information. Several recent studies have proposed improved methods (recipes) for constructing sequences of quantum operations that perform various quantum tasks. However, these recipes do not necessarily yield the shortest sequence of quantum operations.
Back to contents

A computational method that randomly tries possible solutions and may succeed or fail. If there are many solutions, probabilistic methods may perform better than methods that analyze all possible solutions.
Back to contents

SEMBA Kouichi
Institute for Photon Science and Technology
Faculty of Science, Graduate School of Science,
The University of Tokyo

Office of Communication
School of Science, The University of Tokyo